Quite traditionally, in the medical calendar of the city, the Congress of Sleep Medicine of São Paulo reached its 17tth edition on May 3rd and 4th, 2019, highlighting the growth of the specialty in the sector. About 300 experts in sleep medicine and related areas participated in the two-day event, an outstanding opportunity for networking and scientific updates on the main themes related to sleep disorders. 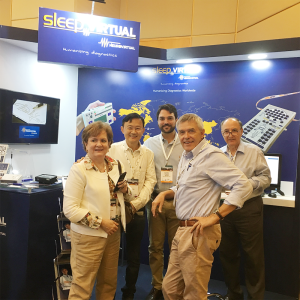 Sleepvirtual was present at the congress for the fourth consecutive year, with a booth already known as a meeting point for renowned doctors and lecturers, among them Dr. Geraldo Rizzo, who conducted the lecture “Restless Leg Syndrome: Evolution and Future Perspectives.. During the event, Neurovirtual presented its Polysomnography Systems BWIII PSG and BWIII PSG PLUS, in addition to the BWMini PSG solution, equipment that performs PSG exams Type I*, II, III, IV and Ambula-tory EEG (Holter type). The company also offered a promotion to customers and prospects of a discount coupon 2 of $5,000.00 for the purchase of any new equipment. The winner was Dr. Rodrigo Kohler from the Auris Clinic of Otorhinolaryngology in São Paulo. 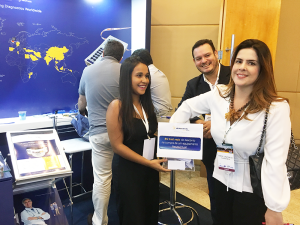 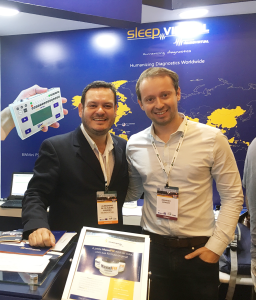 Several topics related to sleep medicine were used during the plenary sessions in response to the wishes of different specialties of the medical profession. Dr. Rosa Hasan, President of the XVII Congress of Sleep Medicine of São Paulo, outlined these topics in the presentation video of the congress: “From sleep in childhood, adolescence, adult and elderly, to insomnia, apnea, sleep disorders and their interfaces with clinical practice, and ending with psychiatry and medical specialties, such as otorhinolaryngology, pneumology, and geriatrics.”

Among the conferences, the highlights were “Evolution and future perspectives,” by Dr. Geraldo Rizzo, “Differential Diagnosis of Insomnia,” by Dr. Andrea Toscanini, “AOS Phenotypes in Polysomnography,” by Dr. Rodrigo Tangerina, “Insomnia and Circadian Rhythm Disorders,” by Dr. Leila de Almeida, and “How to Optimize the Investigation of Parasomnias, presented by Dr. Stella Tavares. 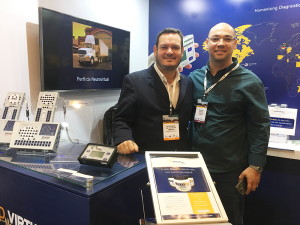 Based in Fort Lauderdale, Florida, Sleepvirtual has subsidiaries in seven countries and a distribution network in 40 countries, and was represented in the congress by its Clinical Director Sandro Senra, the Business Consultant Alex Ribeiro, and the Marketing Coordinator Jéssika Brito. They interacted with the guests, presented the solutions, and also received feedback, such as the comments from customer Dr. Eduardo Dias de Morais, from Rio de Janeiro, who reported being very satisfied not only with his equipment (the BWMini PSG) but also with the technical support offered by the company