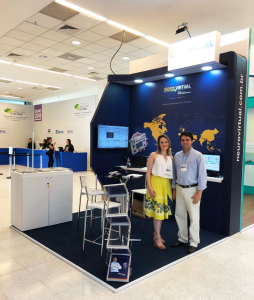 The event was attended by numerous national and international speakers, including Dr. Ferran Barbé of Spain, Dr. Daniel Cardinali of Argentina, Dr. Gottard D. Tribl of Austria, and Dr. Daniel Pérez Chada of Argentina, all of whom addressed themes such as chronometry, how to diagnose sleep apnea, clinical application of the actigraphy, and the influence of the AOS phenotypes on the choice of treatment, among other topics.

Neurovirtual was present at the event and had the opportunity to present some outstanding equipment, such as the BWMini PSG and BWIII PSG Plus. BWMini PSG is small and compact and performs PSG Type I, II, III and IV tests. The BWIII PSG Plus has direct impedance check of the builtin amplifier at the bed head. It was certainly an excellent opportunity for Neurovirtual to present high technological solutions in the area of sleep medicine.